2. After the taping, did the staff get to eat the ice cream?

3. Will those class members not from the Philadelphia area think that Turkey Hill is an odd name for an ice cream brand?

In related news, I really enjoyed doing the Concept Selection Matrix. It confirmed my earlier conclusion of which design was best. The biggest light bulb for me was that this kind of record keeping is a good tool for convincing committees at a glance. The matrix expresses visually what would take a thousand words to communicate.

My design gap: a way to incorporate occasional reviews of small-press poetry and fiction publications in my quarterly literary magazine. 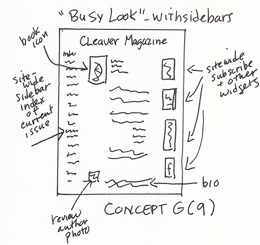 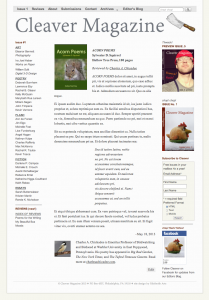 Concept and Prototype G (9): “Busy” look with full site-wide sidebars. Book icon is in upper left and author’s photo/bio are at bottom. 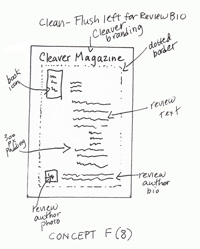 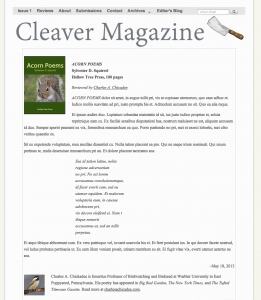 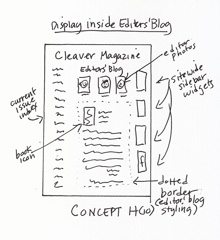 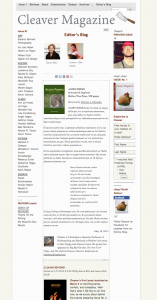 My design gap: a way to incorporate occasional reviews of small-press poetry and fiction publications in my quarterly literary magazine. 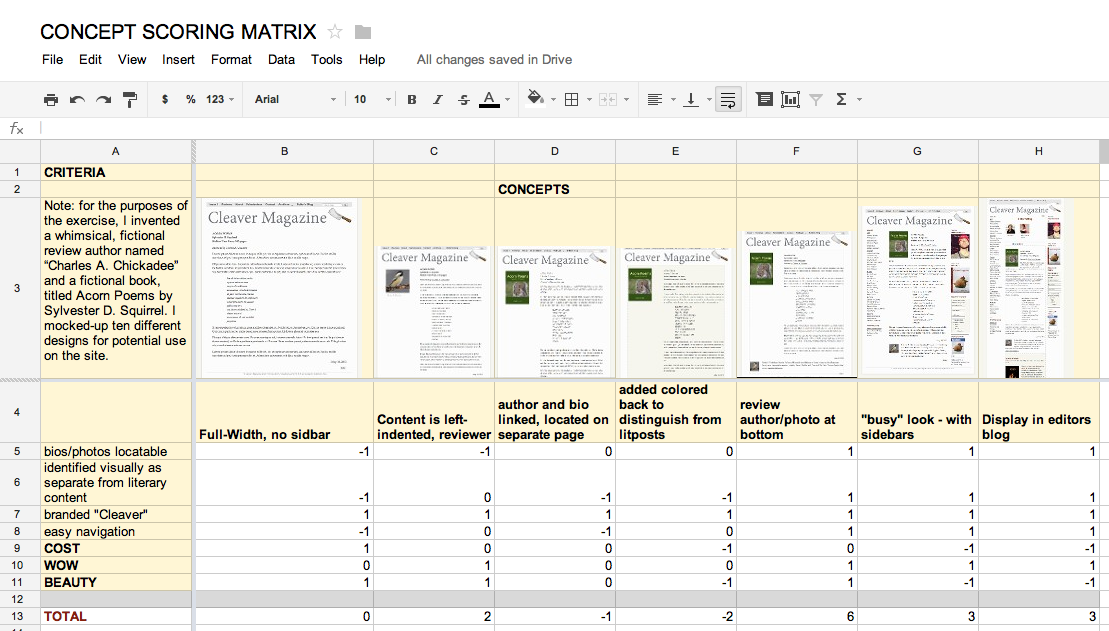 I loved using this tool. The result, that Concept F is the best design, confirms my intuitive assumption after working through the visual designs last week. I was a little surprised at how pronounced the results were– I thought they would be closer. At first glance it appears that, for my prototypes, I should focus on the F, G, and H. However, G and H are significantly more costly, in terms of labor. So perhaps I should add C to the mix.

It’s Wednesday and I’ve not had time yet to view the videos for this week. If I have to stay up until 2 AM again, I will view them today. I think I overshot my homework last week– it seems … END_OF_DOCUMENT_TOKEN_TO_BE_REPLACED